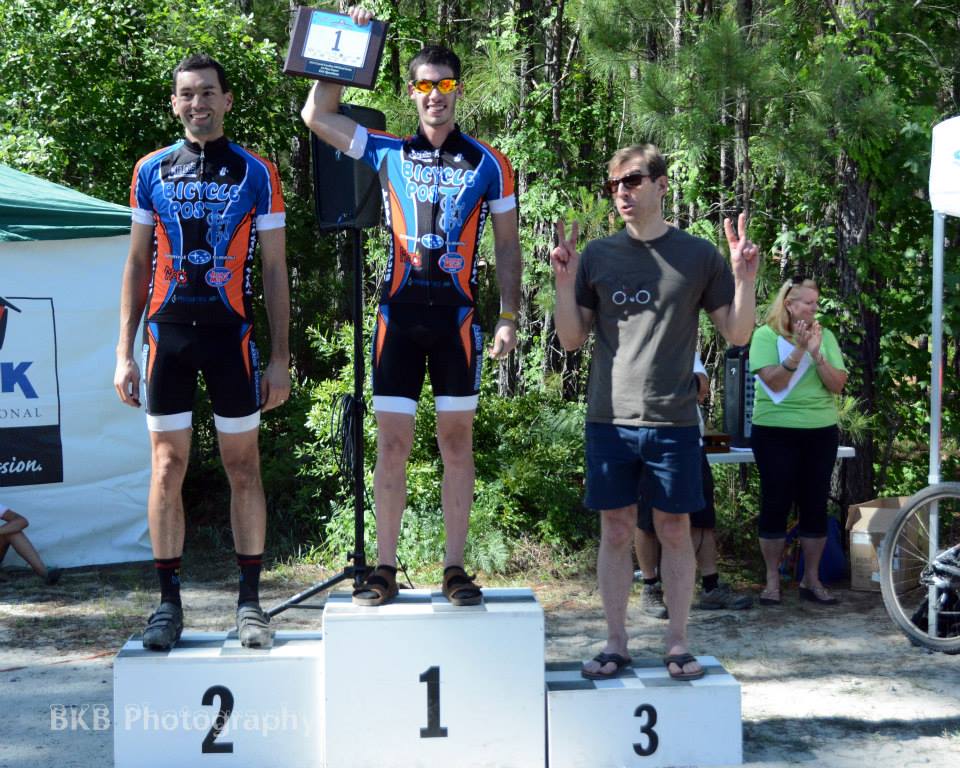 First of all CCORS would like to thank all riders who raced in any 2014 CCORS events sponsored by Sean Skutnik and Coldwell Banker Sea Coast Advantage. A special recognition goes out to all riders who competed in at least 5 of the 2014 CCORS events and qualified for an overall individual award. These individuals have shown a dedication to our sport and our series and CCORS is proud to have these riders competing in our series. CCORS would like to congratulate all riders winning overall individual awards for the 2014 series and the Cape Fear SORBA Black team for their 2014 team championship.

This year CCORS experienced a very unusual scoring challenge at the final event at the Brunswick Nature Park. The software we have been using for many years to tally the final overall individual points was stolen about one week prior to this final event! This scoring software was written by a volunteer who has done an exemplary job of writing, updating, and maintaining the system over the years, however there just wasn’t enough time to develop replacement software before this last race. Therefore we had to improvise a manual solution for the overall series individual results. In doing so a mistake was made when tallying the results for the Expert Class. Bonus points for racing a sixth race were not added to the final tally for Shawn Kane. This mistake was found later when we double checked all the awards for all classes. The additional two points created a tie for third place for the series between Shawn Kane and Michael Gloss. By CCORS rules the tie breaker is the next best (sixth best) race. Because Shawn did have a sixth race with a result and Michael only raced in five races the tie breaker goes to Shawn.

CCORS has discussed the situation with both riders and corrected the mistake by awarding Shawn third place for the series and $100. CCORS also recognizes the great rides of Michael Gloss and how close this battle was and we have decided Michael should keep the $100 for fourth place for the series. Check out the picture below of Shawn and Michael! This is the finish line of the last race at Brunswick Nature Park. This is actually for third overall in the series. You can see both Shawn and Michael are battling it out all the way to the finish line. The really amazing part is neither one knew this finish had any bearing on the final standing for the series! These guys were dueling it out in a sprint finish…at the end of 4 laps…for 8th place…in the spirit of competition and totally unaware third place in the series and $100 was at stake! I think this proves mountain bikers race for the pure joy of racing and NOT for the money/trophy/socks. And that is what CCORS is all about!

CCORS would like to give a very big thanks to all of our sponsors: Atomic Cycles, Babits Bikes, Beach Bike Shop, The Bicycle Fix, Bicycle Gallery, Bicycle Post, Bike Cycles, Hilton Garden Inn, Sea Captain’s House, Trademark Signs, and Two Wheeler Dealer. We are especially grateful for our very first Title Sponsor Sean Skutnik and Coldwell Banker Sea Coast Advantage. Their support helped to make everything we do possible. Without these wonderful sponsors there would be no series. CCORS encourages you to show your support to our sponsors as well. 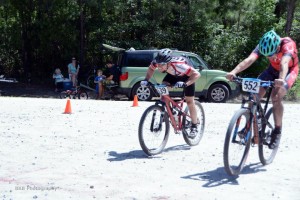 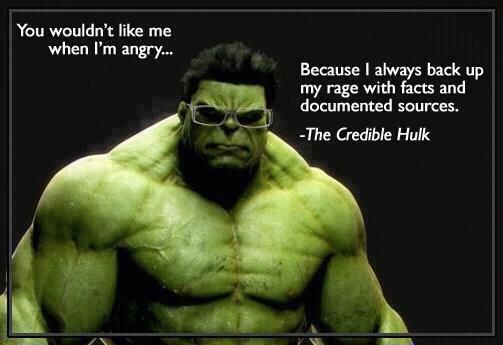